Injuries are personal, which is why at Breaux Law Firm we take pride in devoting time, personalized care, and undivided attention to each of our clients. For over thirty years, we’ve successfully represented more than ten thousand injured citizens seeking compensation for damages. 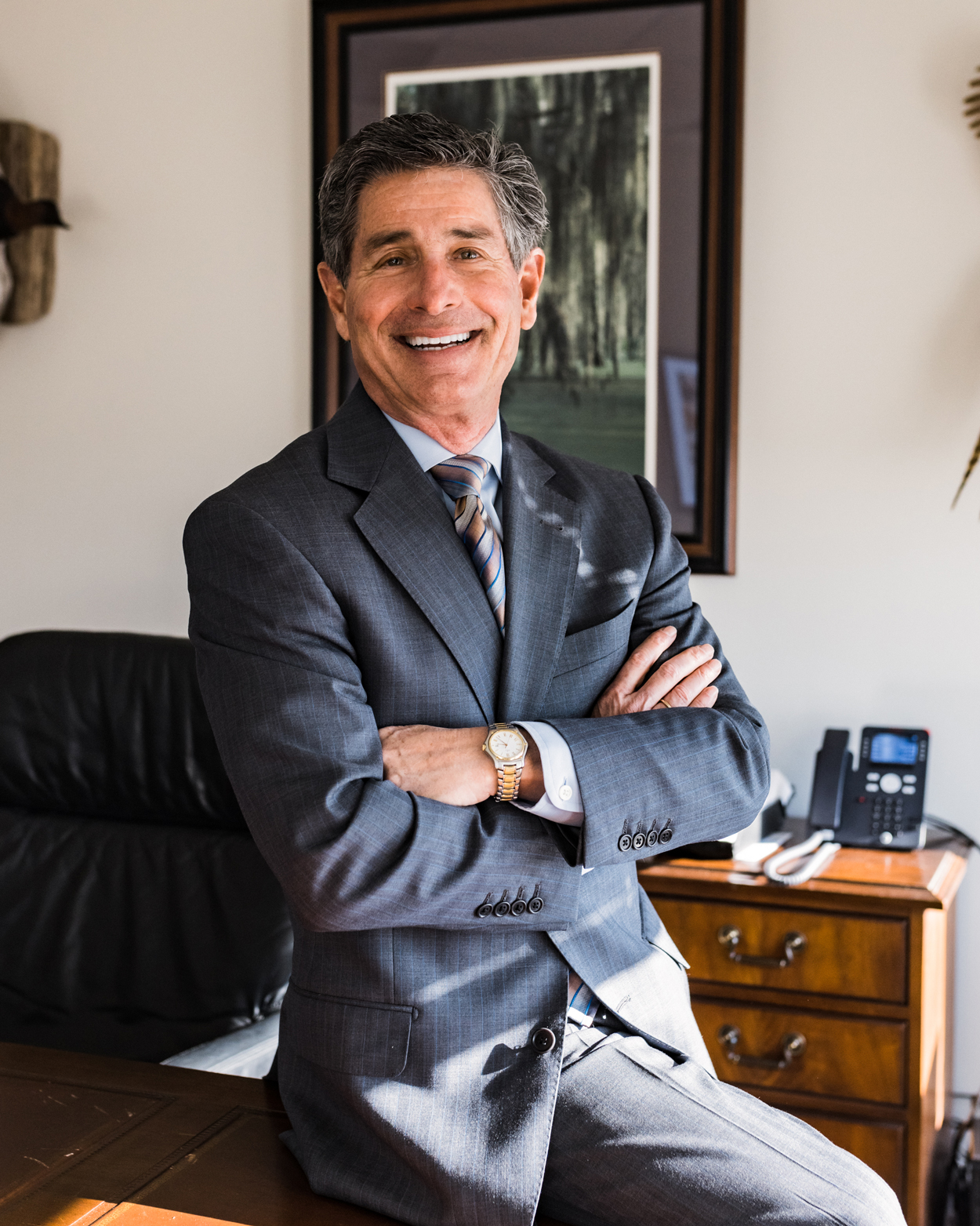 Darryl M. Breaux, the founder of the law office of Breaux Law Firm, is a proud lifelong New Orleanian. He has been married for over thirty-two years and has two children, one of whom is an attorney at Breaux Law Firm.

Darryl M. Breaux, the founder of the law office of Breaux Law Firm, is a proud lifelong New Orleanian. He has been married for over thirty-two years and has two children, one of whom is an attorney at Breaux Law Firm.

After working for over a decade in various law firms as a trial attorney and representing corporations, insurance companies, public entities, and individuals, Darryl began focusing on representing injured persons. He has spent the last thirty years exclusively representing injured persons throughout Louisiana and beyond. He began his own law firm as a sole practitioner in 1995, and later founded Breaux Law Firm, expanding his practice to represent individuals for all types of accidents in both state and federal courts.

Darryl has built his practice with one simple, yet rare, rule: “PERSONAL ATTENTION.” Darryl and those who work with him realize that attention to his clients’ needs, like promptly returning every phone call from a client, makes the difference between a positive experience for the client and a negative one. After representing thousands of injured people over the course of his career and gathering over 35 years of experience in the legal field, Darryl knows how important it’s for you, the client, to be able to speak honestly and readily with your attorney.

Darryl graduated from Loyola University in 1979 with a degree in political science, and obtained his law degree from Loyola Law School in 1983.

Evan Breaux joined Breaux Law Firm in 2017, thus establishing one of New Orleans’ only father-son personal injury law firms. Evan is a defender of justice, an advocate dedicated to helping people who are victims of unfair circumstances. 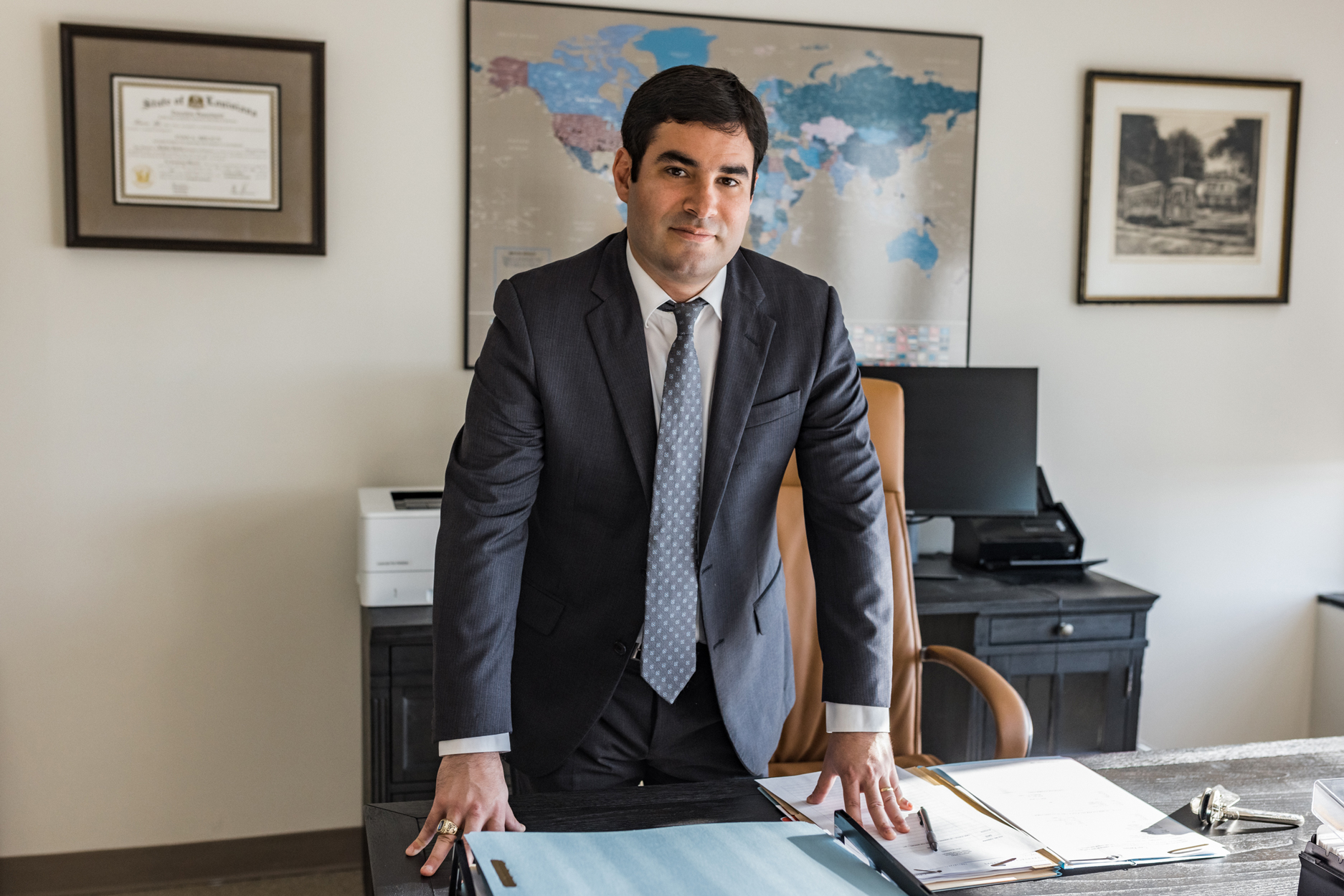 A native of New Orleans, Evan Breaux joined Breaux Law Firm in 2017, thus establishing one of New Orleans’ only father-son personal injury law firms. Evan is a lifelong defender of justice, an advocate dedicated to helping people who have been hurt or who are victims of unfair circumstances. Being an attorney in his blood, as both his father, Darryl Breaux, and his maternal grandfather, the late Clifford P. de Laup, Jr., practiced law.

While earning his business management degree at the University of New Orleans, Evan began working part-time in the field of personal injury law. He then worked as a law clerk for a Baton Rouge mixed litigation firm with a concentration in personal injury during law school. After obtaining his Louisiana Bar license, Evan worked as an Associate Attorney at a large, well-known personal injury firm in New Orleans. There, he gained valuable experience but saw the effects of such a giant operation, experiencing first-hand the value offered by a smaller, more personal, care-driven firm like his father’s and prompting him to join Breaux Law Firm.

Evan believes Breaux Law Firm’s family atmosphere and dedication to personal attention is what sets them apart. He is accessible and innovative, bridging the firm’s traditional values of care, respect, and undivided attention with our constantly changing twenty-first century world, bringing a fresh, vibrant, and agile energy to the team.

Equally guided by his lifelong devotion to justice and his family’s deeply-rooted legacy in the legal field, Evan is committed to getting only the best results for his clients.

Evan received a degree in business management from the University of New Orleans in 2011, and in 2014 earned his Juris Doctorate and a graduate diploma in Comparative Law from Louisiana State University’s Paul M. Hebert Law Center.

Evan is licensed to practice law in the state of Louisiana, including all state courts in Louisiana, as well as the Federal District Courts for the Eastern and Middle Districts of Louisiana.

We don’t get paid until you do. The attorneys of Breaux Law Firm have what is called a “contingency fee arrangement” with each and every one of our clients. A contingency fee arrangement means that the attorney’s fee is taken out of the total amount of money recovered for the client, once the client’s case is settled. The attorneys at Breaux Law Firm are happy to meet with you FOR FREE to discuss your case, to answer any questions you may have, and to let you know if we think you have a good case.

The short answer is YES. If you’re the owner or the driver of the motor vehicle you were in at the time of the accident and neither you nor the vehicle you were driving has automobile insurance, then the adverse insurance company will get a credit for the first $15,000 in damages that they would have otherwise owed you, as described below. If you were a passenger in a vehicle where neither it nor its driver has insurance, you will still be able to recover, because you’re not the owner nor the operator of the uninsured vehicle. The attorneys at Breaux Law Firm stay informed on all laws involving insurance and the other legal areas we practice. We take the guesswork out of Louisiana state laws, and guide you through the process of recovering the compensation you deserve.

Breaux Law Firm is licensed to practice law throughout the state of Louisiana. However, Breaux Law Firm, in conjunction with other respected attorneys, has also represented clients from many other states, including Texas, Mississippi, Alabama, Florida, North Carolina, Illinois, California, and more.

Our office hours are Monday through Friday, 8:30 a.m. to 5:30 p.m, excluding holidays. Our office is located in the Heritage Plaza at 111 Veterans Blvd. Suite 740 in Metairie. You’ll find plenty of parking available in our visitor parking lot, and a wheelchair-accessible ramp. Of course, you can always reach us at our 24-HOUR PHONE LINE: (504) 882-0551.

NO, YOU DO NOT. We don’t get paid until you do. The vast majority of the time, the conscientious attorneys at Breaux Law Firm will be able to let you know if your case is likely to succeed at the FREE initial consultation. If the case doesn’t work out, you owe us nothing and we will bear our own costs.

In Louisiana, you have ONE YEAR FROM THE DATE OF THE ACCIDENT to file a lawsuit to recover damages due to an accident; this concept is known as the statute of limitations or prescriptive period. Once your accident occurs, the clock starts ticking. The attorneys at Breaux Law Firm stay informed on all laws involving injury law, as well as the other legal areas we practice. We know that legal language can be confusing and hard to understand, as you can see below, so we work hard to make the process of filing a claim as easy and positive as possible.

“Delictual actions are subject to a liberative prescription of one year. This prescription commences to run from the day injury or damage is sustained.”

YES, the law office of Breaux Law Firm works with all types of medical providers and will assist you in obtaining the medical care that you need for your injuries.

“All insurers shall make a written offer to settle any property damage claim, including a third-party claim, within thirty days after receipt of satisfactory proofs of loss of that claim.”

SEE WHAT WE CAN GET FOR YOU 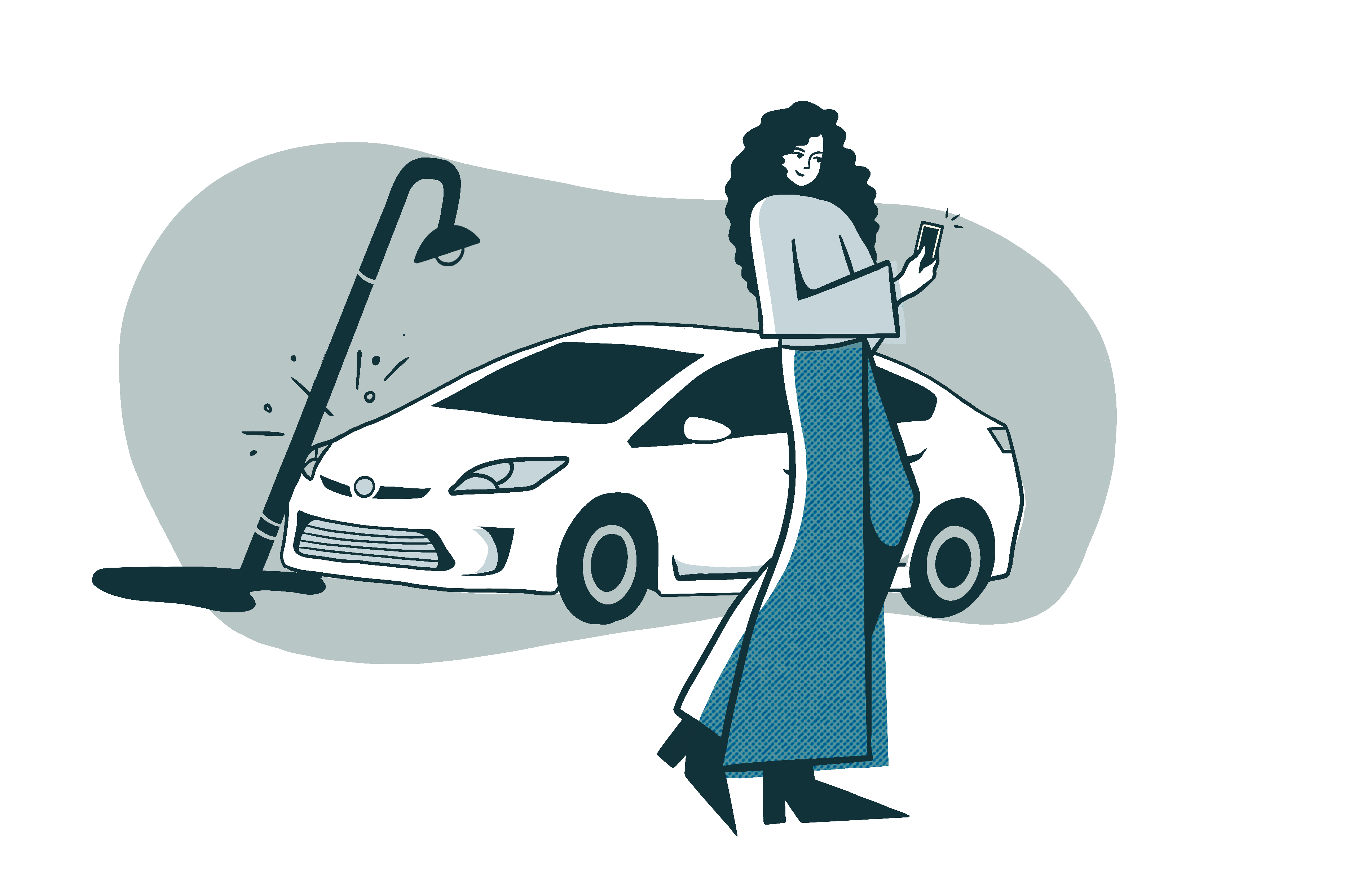